Light In Your Eyes 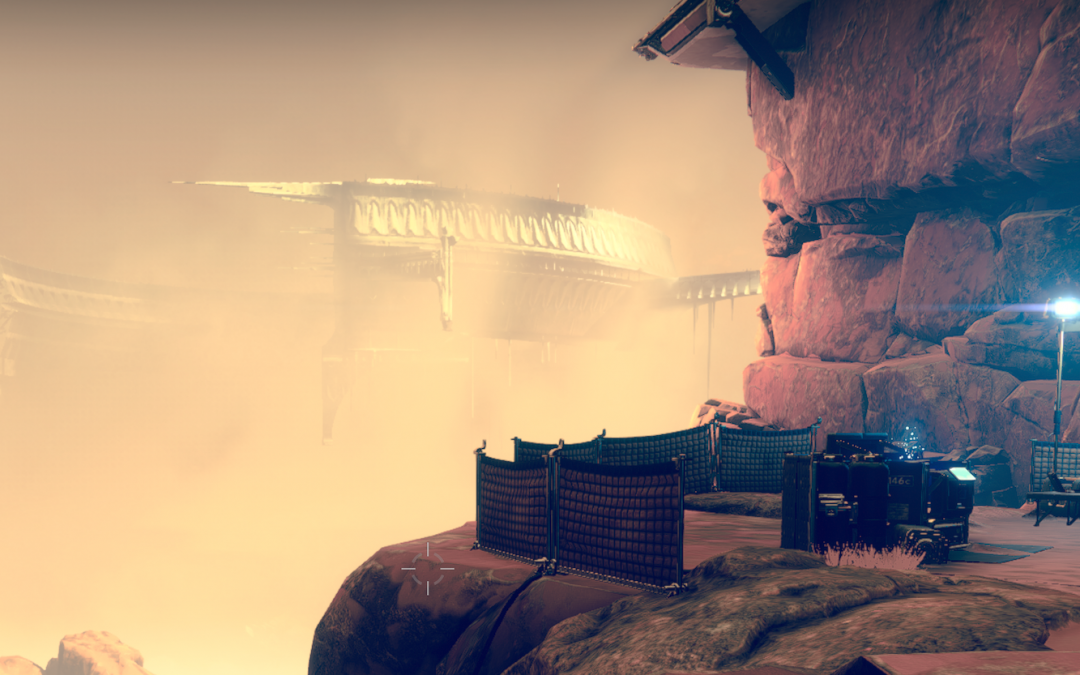 “It’s funny,” Poet-11 says. “Not funny, but strange. I try to avoid using Stasis because … I don’t trust it. But standing here on Mars, marbled by veins of time, in the shadow of Savathún’s ship…”

Her Ghost blinks his eye. “What is it?”

“I guess it’s this: I really noticed when you said the energy of Stasis was neutral. That it’s not Stasis that’s bad or untrustworthy. What you do with it matters.”

Her Ghost angles in the air, tipping to one side, contemplating. “I think that’s the way it is, yes.”

“I feel like now I understand the Traveler, in a way,” Poet-11 pauses, “even less than I did before. Why does it do what it does—and how it does it?”

“Sometimes I miss the Speaker,” Poet says. “But even then: trust was a thing.”

Her Ghost, hovering, nods in agreement. The articulated bits of his shell seem to shrug. “Do you trust the Traveler any less than you did?”

Poet shakes her head. “I trust the Traveler the same. But I’ve got new kinds of uncertainty—wonders, maybe—that wasn’t there. Added to it. Does the Traveler understand us all that well? Guardians? Ghosts? The lightless? How much does the Light affect or reflect those who wield it? And does the Traveler have a sense of irony? A sense of humor?”

“Huh,” says the Ghost. “A sense of humor. I hadn’t thought about that. I guess I don’t think the Traveler plays tricks, or anything like that, but with all the species and civilizations it has seen … it must know what’s ironic or what’s funny.”

“Right?” Poet holds out her hand as the Ghost materializes above her palm. “Maybe we’ll never know—really know—the Traveler as a being. But I trust it still. Even as I get to know uncertainty. Even in the face of new questions, I have trust to give. Nothing’s perfect—not trust or the Traveler—but we live in a universe with both of them. And there’s work to do. So.”

“Right. I guess it is funny,” Poet’s Ghost says. As the transmat signal amps up to carry them to orbit, he adds, “Not funny, but—”