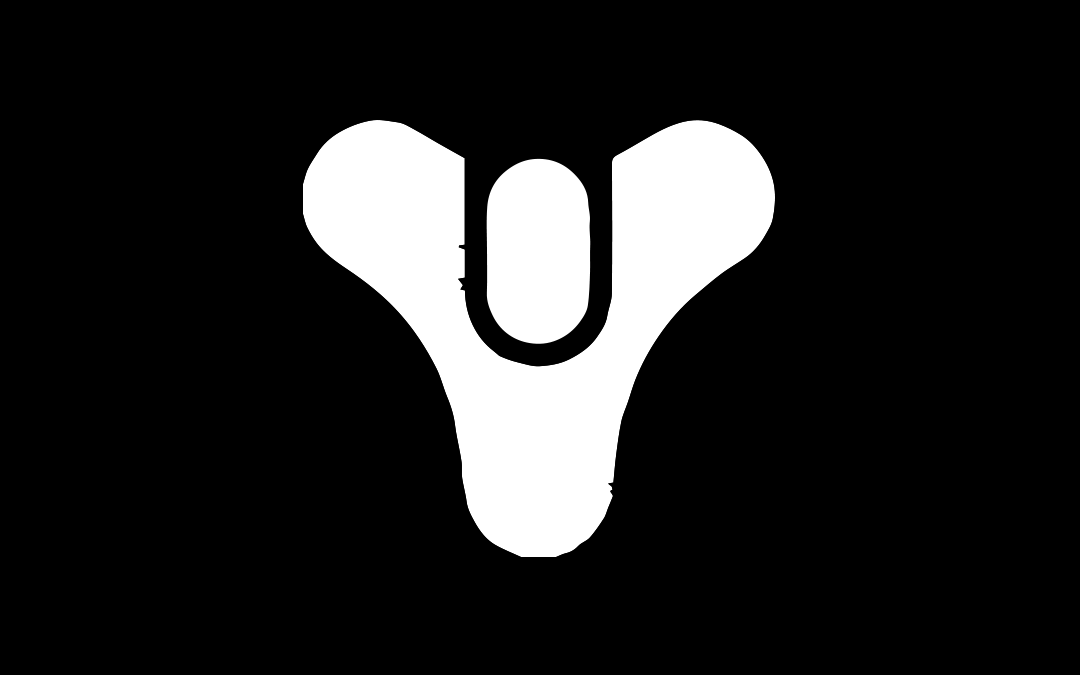 I’m sitting on the couch, just an hour or so into Destiny 2’s campaign from the Shadowkeep expansion. I’ve got a book on my coffee table with the classic Destiny logo on it, sometimes called the “tricorn.” I glance from my TV, where my jump ship rockets through a tunnel of light toward the Moon, to the book. I’m thinking about the first revelation in the campaign and I’m thinking about the visual designs and motifs of the game and then it hits me…

And everything else from here on out is a spoiler for Shadowkeep.

First thing, look at Destiny’s icon. What is it? What does it mean? The Internet, I’ve learned, is rife with posts speculating about it — most of which devolve quickly into gags — and the number three recurs. One popular notion supposes the three prongs of the image represent the three classes in the game (Hunter, Titan, Warlock) and the three playable species (Awoken, Exo, Human), all surrounding a stylized representation of the interstellar, demigod-like, savior machine called the Traveler.

In the world of Destiny, humanity was ushered into a Golden Age of technological breakthroughs upon encountering the Traveler over Mars in our solar system. The Traveler is an immense white sphere, apparently ancient and from outer space. It uses the power of the Light — a kind of space magic — to do things that help humanity.

Our Golden Age came to an end when the Traveler’s longtime enemy, the Darkness, found it at Earth and almost obliterated humanity in an effort to kill the Traveler. The Traveler repelled the Darkness, almost died in the process, and then expended the last of its Light to create the heroic Guardians that we players have as avatars in the present day of the game.

So, Light and Darkness, ancient powers, space magic, hostile alien forces in league with the Darkness to varying degrees — you get the idea.

In Destiny 2 we learn the Darkness makes use of stark, black, pyramidal spaceships. Lots of them.

In Shadowkeep, we go inside one of these dark pyramids, buried deep in Earth’s moon. The pyramid is a four-sided object with unequal sides, and inside is full of smoke and fog, statues and shadows, shiny hulls and looming stairs. So these pyramids are vessels.

I don’t know if they’re meant to carry “the Darkness” specifically or simply any and all creatures that might be imbued or allied with the Darkness, but they have floors and doors and lights and stuff.

The Traveler, too, resembles something fabricated or manufactured. We get a better look at that through its gaps and breaks in Destiny 2, as well. Still, it’s all circles and spheres where it can be.

Here’s the thing, then: Destiny’s “tricorn” symbol is a union of these two designs, Light and Dark, Traveler and pyramids.

Destiny’s icon is a union of these two designs.

Take the pyramids of Darkness and blend them with the Traveler’s design and you get a vaguely triangular shape with smooth, rounded elements instead of points — curves instead of planes. Look at like this:

The pyramid ships have four vertices: a starboard point, a port point, a nose, and a dorsal point. If you view the pyramid from above, facing the bottom of your screen or page, you might render that dorsal point by calling it out as a separate feature — as in the tricorn icon. That gets you a starboard vertex (A), a port vertex (B), a nose (C), and a dorsal vertex (D), as in the image above.

If I’m onto something here, the game might see some combination of Light and Dark, some hybridization of sphere and pyramid, some mingling of philosophies emerging in the future. Perhaps the icon is the oldest clue to our fate in Destiny.

(This post first appeared on our friend’s site. We’ve republished it here with permission.)