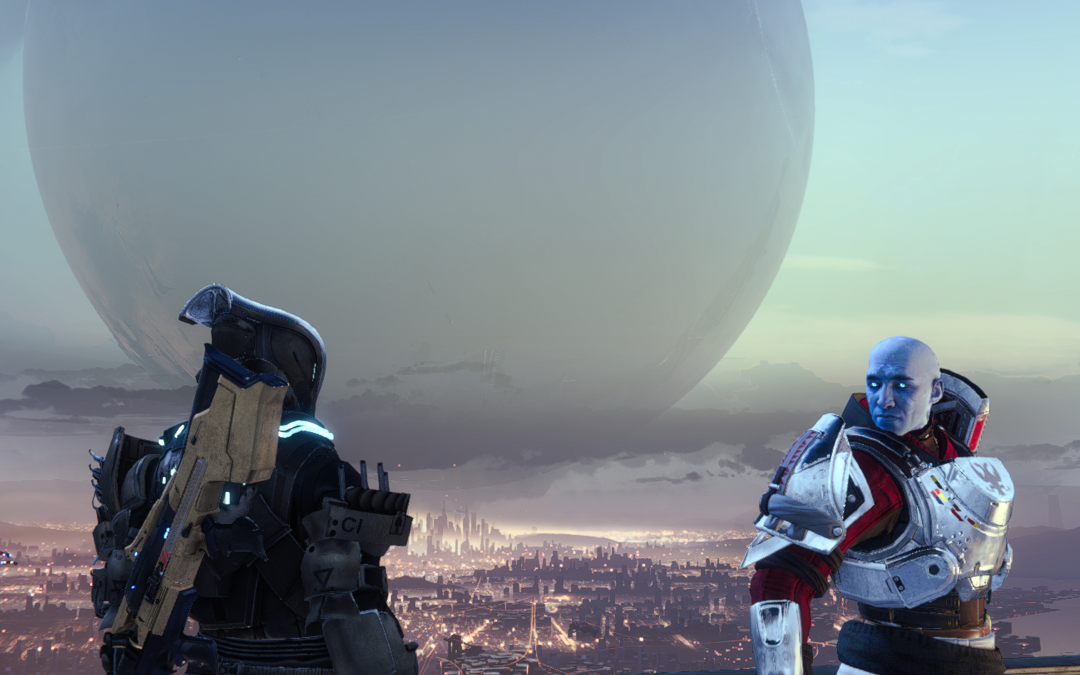 Commander Zavala was in his spot—his post, as far as public visitors to the Tower were concerned—gazing out over the Last City. It shone in the dusk, illuminating the shadow underneath the Traveler. Between the Tower and the tallest buildings of the city center, huge craters remained; scars of the Red War.

When Poet-11 approached, Zavala turned to face her, just as the servo in her knee audibly whined. Her robotic body was an exemplar of Golden Age tech, slain long ago and resurrected thousands of times in the Light, and still that knee joint whinged. Proof enough that the pain and imperfections were parts of her as much as anything else that made her a Guardian.

“Glad to be, Commander.”

“Unfortunately, I think you’ll be off again soon.”

“Indeed.” Zavala nodded toward the sky—not to the Traveler, but to the deepening night on the other side of the Tower. “Mysteries continue to add up out there. More than any fireteam can take on alone. Even as we battle the Lucent Hive’s lieutenants in the EDZ, we find the throne world is a source of … new trouble.”

“A raid,” Zavala said. “I know you’re focused on exploring the throne world and combating the Hive on Earth. But we need Guardians. In numbers.”

“You want the Polyhedrons on the raid.”

“I need them on the raid,” Zavala said.

“Good.” Zavala turned back to face the Traveler, gripping the railing before him. His eyes narrowed. “I don’t know what you’ll find in there, but I know two things. One, it’ll be worth the struggle, not only in confronting the Lucent Hive—”

“—but also in new discoveries we can use to defend humanity. Yes.”

Zavala glanced over his shoulder at Poet. “I know that whatever the Polyhedrons face out there … they face it together, in the Light, and with great cunning. Give them hell.”